“Study abroad is the single most effective way of changing the way we view the world.” ~ Chantal Mitchel

Perhaps we cannot beat this one-liner that has summarised the cumulative impact of studying abroad, so well.
Similarly, we cannot overlook the additional benefits of working abroad as was rightly stated by Toby Jones, “When working abroad you work pretty hard, but with time off, this is the greatest job in the world. You drive. You explore Memphis, or wherever you’ve landed, or go and see Dr.John, or the Californian landscape. And, yes, I’ve had a few good meals.”

A wider perspective of cultures, customs, thought processes and work ethics offer a dynamic view of the real-world. This is very useful to overcome daily challenges at our workplaces and in our private life.
Even travelling abroad can broaden the mind so much. As was famously said by Mark Twain, “Travel is fatal to prejudice, bigotry, and narrow-mindedness, and many of our people need it sorely on these accounts. Broad, wholesome, charitable views of men and things cannot be acquired by vegetating in one little corner of the earth all one’s lifetime.”

Wherever you go, and whatever be the reason, don’t forget to take with you the pride for your nation.

Our Nation is Our Identity

The world sees India through the eyes of Indians. If we are proud of our nation, its people and its unity in diversity, the world will also recognise the greatness of India.

In 1893 at the The Parliament of the World’s Religions, Swami Vivekananda introduced the world to the treasure trove of Hindu philosophy. At that time, India was a dominion of imperialist Great Britain. The country was reeling under poverty, illiteracy, malnutrition, diseases and racial abuse.

People of India became oblivious of their glorious past. Years of humiliation in the hands of British rulers, propaganda spread by the missionaries and western education manifesto prepared by Macaulay drove a severe blow to the national pride and self-esteem of Indians.

The world also looked down upon us.

Swami Vivekananda brought a revolutionary change to that order. He upheld the Vedic concepts of God, eternal soul and transient body. With his simple stories, Swami Ji explained the dichotomy between Hindu mysticism and Hindu religious practices and how it is wrong to judge Hinduism based on the latter.

Swami Ji’s lectures at the conference shook the world-view of India. People started to take a notice of our country as the cradle of knowledge, wisdom and spiritualism. Today, both the western and the eastern worlds hold Hindu philosophy of living with highest esteem.

One man’s take on national pride has changed the views of world towards the nation as a whole.
Gradually, foreigners started to recognise the rich heritage of India. And now it is comparable to the glorious days of cultural exchange that took place between South-East Asian countries and India, hundreds of years ago.

People Who are Not Respectful of their Own Countries Tend to Lose Respect in the Eyes of Foreigners.

One thing is common among Japanese, British, Americans, Germans, Canadians, Australians and New Zealanders. They are extremely proud of their nations, its people and its heritage. Though the US, Canada, Australia and New Zealand are among the newest of all nations in the world, they preserve their heritage with the utmost zeal. They look down upon people who disrespect their own countries.

Studies have shown that people who talk badly of their own countrymen are not relied on by their superiors. Management teams don’t delegate them more responsibilities. This can have a serious impact on career growth.

Indian students and professionals should keep in mind some simple rules like the ones listed below:

Indian students and professionals should fine-tune their GK about India. Keep in mind the name of the national capital city, the significance of tricolour and Ashoka-chakra, the important principles of our constitution, etc. Such points can come handy at times.

Many European countries are made up of a single ethnic group. Here in India, there are hundreds of ethnic minority groups living together and celebrating their diverse culture with the majority group.

Even if we don’t grow up in a multi-ethnic neighbourhood, we meet students from other parts of India at our schools, colleges and universities. Thus, Indian students and professionals should find it easier to be respectful towards the cultures and customs of the countries they go for higher studies. As is said, “Respect to get it, you must give it.”

To earn the same respect, Indian students must always put their best behaviour and act accordingly. There is a simple mantra, treat people the way you wanted them to treat yourself.

Knowledge about the cultures and customs of the foreign land will help them be their best. However, the core values never change.

Build the identity of India by portraying your best self to the world.

If you have more suggestions on how Indian students at foreign universities and professionals from India can put their country in the best light, you’re welcome to make comments. Also, please share with us the topics you would like to read at our blog site.

Stay tuned for the latest blogs. Your support will inspire us to achieve excellence. 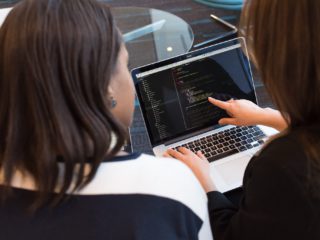 You can not see the code when you right click.